I was watching “It’s Always Sunny in Philadelphia” earlier (side note: how have I only just got into this show!? Its quite literally one of the funniest things I have ever watched!) and was on the episode where Frank talks about how he and Artemis are having this really kinky, food-fetish fuck buddy relationship. As I lay in front of my laptop in my hungover and lonely state, I got to thinking about the topic of fuck buddies, mainly: are people still doing it?

Actually, if we are going to get literal about it, Frank refers to Artemis as his “booty call”, which to me is a different thing to a “fuck buddy”. I associate a “booty call” as being a late-night option, with a hook up usually recurring as the result of an alcohol fueled “you up?” text sent at around 2am. The idea of a “fuck buddy” alludes to a slightly more consistent acquaintance, suggesting that you aren’t intoxicated everytime you see them – unless you are me and were intoxicated everytime I saw anyone I knew for the whole first half of my twenties.

“Fuck buddies” can also be known as the slightly less crude “friends with benefits” but either way the premise is the same; a person you have regular, no strings attached sex with, and it may not surprise you to find out that I have had a fair few “fuck buddies” in my time. Some of them I was also friends with and some of them I’d struggle to hold any kind of conversation with that didn’t centre around my vagina. Either way, they all had their perks at the time and there was the odd few in that mix who maybe I should have paid more attention to, because things could have progressed onwards from a purely sexual relationship but hey ho, I was a hoe. (side note: I’m using that term jokingly – don’t ever refer to yourself as a hoe or a whore just because you’ve had a lot of sex/enjoy sex. Fuck the patriarchy etc etc.) Nowadays even though I am [still] single, I don’t have a consistent sexual partner in my life. Of course I have a plethora of willing penis I could call if I needed a quick bang but maybe its because we are all getting older – my friendship group and I are all nearly 30 now – but nobody I know has a “fuck buddy” anymore and it got me wondering whether these sort of consistent, casual relationships are a thing or whether we are all now preferring to wait it out until we find someone we want to pursue more of a romantic relationship with, too. Or maybe I’m the only almost 30 year old left who still has one night stands.

Are fuck buddies still a thing?

A “friends with benefits” scenario is a lot of peoples dream set up. The idea of it is exciting and there is something very primal about a relationship based solely on sex. The anticipation of knowing that your pal will be coming over later, the day long build up that has you feeling on edge and antsy all day; I love it. Personally I think the only way a true no-strings, sex only relationship can work is if you find the person you’re fucking sexually attractive but know that they would be absolutely unsuitable dating material. When I mentioned how some of my previous partners could have evolved into full blown relationships if I’d been more serious, that was always because I didn’t really take other people’s feelings into account and fucked people over that I shouldn’t have but I digress. The last fuck buddy I had I met on a night out. He wasn’t my usual type; for a start he was wearing those God-awful spikey designer shoes that I absolutely despise. He also came across as quite arrogant and annoying but with that unexplainable appeal that – annoyingly – men like that still seem to generate. We had a laugh, we got on and when he did come over to my house a few nights later, the sex turned out to be really good to the point where he said “I think we were both surprised by how good that was going to be” which I took as something as an insult, given my chosen profession.

The hardest part with a “fuck buddy” relationship is setting boundaries as to what is acceptable or not between the two of you. A lot of these boundaries are often unspoken but it’s important to know where you both stand. Are we friends who also have sex? If so does that mean I can still send you memes? Or are we strictly a sex thing only, as in I don’t text you unless I’m horny and vice versa? Are you a “stay over night” type of hook up or more of a “wham bam thank you ma’am” fuck and go kinda guy? Respect has to be at the forefront too – I’d say that that is one of the unspoken boundaries – but things can get confusing because the term “friend” or “buddy” is thrown into the mix, too and what do friends talk about? Their conquests and their crushes. After seeing him consistently for a few weeks, I ended up breaking things off with my fuck buddy after he came to my house after he’d been out that night, bragging about how many girls he’d given his number to, as if I was going to be impressed. I mean really, if you want to go head to head with how many numbers someone can get in one night, I’m more than happy to do that – trust me – but to me that just felt a little tacky and disrespectful, especially in my own home, and we haven’t had sex since.

So, can casual relationships work?

There are pros and cons to every healthy relationship, casual or not, and I definitely think a “friends with benefits” set up can work, so long as you are both on the same page. Fuck buddies implies that you can sleep with other people too because there’s no romantic tie or commitment between the two of you and for me, a fuck buddy has always been a safety net – somebody to fall back on when I (inevitably) don’t find anybody else out there.

* I don’t know if other people get this or if it’s just me but sometimes a relationship that is based purely on sex can be bad for your self-esteem. As an unspoken rule fuck buddies tend to not do anything else – there’s no going out to eat, going to the cinema and definitely no taking them to meet your friends – and so, unless you’re of a strong mindset and really DON’T have the time for a proper relationship, a sex only thing can make you wonder “is sex all I’m good for?”. 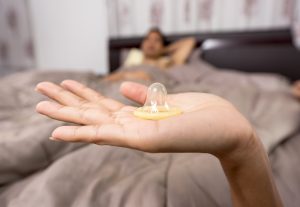 * Because you are casual and you both may be sleeping with other people, there’s no condom free sex as you would most likely be doing in a committed relationship. Your friend with benefits may be having safe sex with other people too but personally I wouldn’t take the risk.

* And, probably the biggest con of all – it can be hard not to “catch feelings”. If you spend enough time around somebody, especially in intimate situations, you can suddenly find yourself caring what they are doing and who else they are talking to, even if you had no intention of feeling that way. A casual hookup isn’t always as easy as it seems.

So tell me, what do you think of a “fuck buddy” kind of set up? Do you have a “friend with benefits” yourself or are you a more of a relationship type of person? Let me know in the comments!

Love the way you write Jaye, always engaging 🙂 No i don’t have a fuck buddy now but i did once before and i found it really difficult to not have feelings for the person. Unfortunately or fortunately for some, i am a fairly emotional person so i fibd it difficult to switch that off. I always prefer relationships now because just purely sex is great at first but leaves me feeling a bir lonely as you eluded to before.

I had a few hook ups in the past. I had one recently last year and we met through an hook up and we went for drinks,then a few days after I invited her to my place to watch a film on Netflix and then after the film we just kissed and went to the bedroom and had sex for a few hours. So yes I do get your point about hook ups or fuck buddies but it does get complicated but it’s good for short term.

Hello Jaye, you wrote it very well.
I think you can not turn off feelings during sex.
I probably can not.
I’m more of the relationship type. The thought for the lonely hours to have a fuck girlfriend is very nice. But I think in the long run, it will not work. Unfortunately.
Will there be newsletters from you again?

This is something I’ve been giving a lot of thought to recently. For me there is a distinction between “Friend with benefits” and “fuck buddy”
The former is a friend I would occasionally play with. The latter is someone I fuck and occasionally do other stuff with.
But it is those boundaries that are set, or not set…. And catching of feelings. And then what was once casual becomes intense until one of you gets scared and runs away.

Both are still very much a thing in my world, however I feel the tide is changing and I crave more of a deeper connection with someone. (Don’t think I’m ready for a relationship yet though)

Thank you for the thought provoking writing.

Agreed, I don’t know if its where I’m almost 30 (!) but I’m not sure whether I want casual anymore or not.

I’ve done this sort of thing, at one time when I was between marriages, I had five or six women on the go, all of whom were great fun and good in bed, and all women I had known for a whilebut gradually I became to the realisation that I was attracted to one more than the others, and married her….so the scenario didn’t work for me long term. But it was fun for a while. 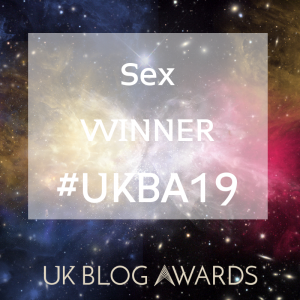 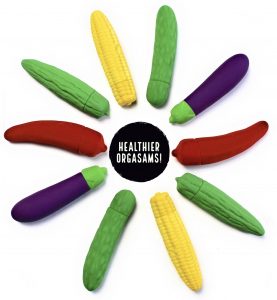