Those of you who already follow me on social media know how vocal I am about the seemingly infinite number of people in the world who insist on setting up fake profiles using my pictures in order to scam men online. Some of you may have even spoken to a Jaye Rose catfish before and may be how you actually came across me. This endless parade of “catfishes” are quite literally the bane of my life and I am forever having to reply to messages assuring men that although you thought you were talking to me after I’d convinced you that I actually lived down the road from you and not 5000 miles away as the real me actually does, something happened to me recently that I never thought would.

That’s right guys, me, the cocky, self-assured experienced online dater got tricked into believing that a guy I was talking to was somebody that he wasn’t. I am mortified and such is the age that we live in, I plan to share that mortification with you on the internet. 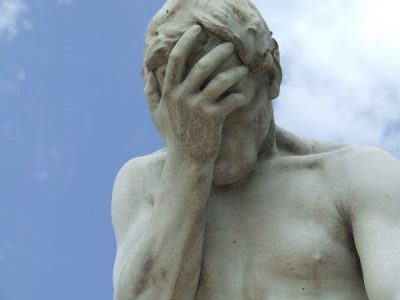 Modern day dating is hard, we all know that. I see no shame at all about meeting people online; it’s just what we do now. I’ve met men from Tinder, from social media, from POF and from all kinds of online platforms. I’m getting older now and I don’t want to meet men in clubs. I have absolutely no interest in pairing up with a man who cares more about getting his Louboutin’s in shot then he does getting about getting a mortgage and so I downloaded yet another dating app and had a little look who was in my local area.

Let me tell you, it was slim pickings out there but one guy’s pictures caught my eye and so I messaged him, he replied and we got chatting. And he was funny. That in itself should have been a red flag; never have I met a man who I found both physically attractive AND who made me laugh but still, I was blinded by lust. We chatted a lot, exchanged numbers, spoke on the phone and I liked him. He sent me some pictures, I sent him some back. And then came the second red flag.

We were “sexting” and he sent me a dick pic – all fine in context, I don’t mind a dick pic when the tone is right as I explained here. It was a picture that showed only his torso and “his” hard cock except on the torso there was a mole that hadn’t been visible in a previous topless shot he’d sent me of himself. Most people may not have noticed that but I did. I called him out on it, told him I didn’t think the dick in the picture belonged to him. He gave me this really long, drawn out explanation about how it was an old picture and he had to have that and a few other moles removed a while ago. Of course I didn’t believe him but I stupidly thought “maybe he just didn’t want to send a picture of his real cock because he thought I might put it online”.

And I liked him, I genuinely liked him. I enjoyed speaking to him, he was thoughtful, funny, kind. Clearly he was too good to be fucking true. We were meant to meet up and a few days beforehand he messaged me to say he had to fly out as there had been a death in the family. Now at this point every fucker would have known he was a catfish and to be honest, I did think it was suspect as fuck and pulled back from talking to him. But he was persistent with the messages and hey, I have a lot of time on my hands so I was guarded but I did reply. I started to think maybe he WAS away for a funeral, maybe we are all so cynical and on guard these days that sometimes we don’t believe things that are genuine. I’m a fucking idiot.

He was due back the next week so I thought I’d give him another chance and we arranged to go on a date on a Tuesday. Tuesday came and went and I heard nothing from him. I deleted his number. A week later he popped up to say he was so sorry, he had complications with his health and had been in hospital. I called him a catfish. He said he wasn’t. I reverse searched his images and he was using a fucking pornstar’s pictures although ironically it hadn’t been the pornstar’s dick pic that he’d sent me.

To be honest, this was mostly my own fault and at least I’m not as bad as that girl on Catfish who genuinely thought she was talking to Bow Wow. But still. You’re probably thinking “why didn’t you Facetime him?” and in all honesty, I was going to! The thing is, I hate FaceTime I really do and when I’m at home I look a mess, I have big NHS glasses that make me look like Gretchen Grundler from my Recess and my hair is always just thrown up into a huge knotty bun. I didn’t want to FaceTime him to find out that he was the guy in the pictures and then have ME end up looking like the catfish! ?. Plus when I’d suggested the idea of Facetime to him he’d been keen and that in itself made me think “well it must be him”.

Basically, I feel like a dick but also, I’m annoyed because when I called him out and sent him screenshots of the ACTUAL person, he just blocked my number completely. My love life is so dire I was contemplating saying “aw well, you aren’t who you say you are but hey, shall we meet up anyway?”

Probably for the best that he blocked me.

Sex Work: How To

Dear Jaye, sometimes life is really shitty.
But you should not give up on finding the right man.
There is a saying in Germany.
Just as one calls into the forest, so it sounds out.
Think about it.
Be open and honest, then one day you will succeed.

I really enjoyed ready this blog about you being catfished. Not because you were catfished but because it was an easy read and it kept my interest. I hope you find the man you want, a man who wants to settle down with a mortgage and a beautiful woman.

P.S. I think facetime is a terrible way to make a first impression. Does that make us old school?

I’m so with you on the Facetime thing – it’s horrible! All anyone does it just sit and look at themselves anyway – or at least I do anyway…!

Thank you for sharing your experience. This is certainly an eye opener of how in these modern times of “virtual” interaction brings new dimensions of fraud and unfortunately additional ways to deception as well. My best wishes and the best of luck to you on any possible potential candidates in the future.

Thank you so much! 🙂

I wish you posted more. I enjoy your blog entry’s above all other content.

Thank you so much! Will definitely be posting weekly from now on 🙂

Jeez that sucks. I’m so sorry that happened to you. Guys are assholes.

Ah, so are women sometimes!

Jaye, stop being a decenthonest human being! Just had a woman treat me like manure with the comehithersthen an absolte blanking while seeing someone else and it’s nice to hear some honesty from a woman. Apology the response is to an old post.

Ah man its the absolute worst isn’t it! I don’t know why people can’t just be upfront and honest.

Hey honey . my question would only be . if you ever get to Alicante . I would be honored to buy you a beer and maybe chat for a while . xx

Alas, I try and stay away from the sun! x