When I meet a new man they always ask me: “How long have you been single?”

This always makes me chuckle because, I have, in fact, always been single. When I say “always”, I don’t mean “I haven’t had a boyfriend in about year now” I mean that I have quite literally never in my life been part of a couple, even despite the fact that I have a child. I am almost 30 and it has got to the point where my family have stopped joking about “when you get married” as time ticks endlessly on and it becomes glaringly obvious to everyone around me that I’m going to end up on the shelf. In all honesty, I don’t really mind this. I don’t feel any less of a person for not having a partner in my life but it would still be quite nice to at least have the option of having one.

It seems that long term romance is just not on the cards for me, which is unusual because I do not find it hard to lure men in. This may sound vain and I’m sorry if it does because I promise you, I am far from that, but I really do meet men all the time. They are everywhere. I meet men online, I meet men in clubs, I meet men when I’m walking down the street. There is no shortage when it comes to potential partners and yet, they never stick around for very long. Being a sexworker and trying to hold down a relationship is hard. Plenty of people manage it but I have never been one of them. For a start, I don’t have the best taste in men, as illustrated in my dating post but even besides from that, I have always found it very difficult to find a man who takes me seriously as a woman and not just as a sex object and this is primarily because of my job. I no longer shoot porn movies so have no interaction with other men but even now, shooting only solo content for my own website and occasionally webcamming, men see my job before they see me and make their own internal assumptions about me.

I’m very open about what I do for a living because why wouldn’t I be? A lot of my friends tell me I should lie about my job but that argument seems redundant to me. To lie would suggest that I’m ashamed of what I do or that I see it as some sort of massive deal and I feel like that would make a much bigger thing out of it when the guy I’m seeing finds out I tried to hide it from him. It’s still a Catch 22 though as my job really IS the biggest roadblock when it comes to meeting men. Telling them what I do for a living, how I make money from getting naked on the internet, instantly adds another dimension to our date. For every 10 men I meet at least 8 of them, upon being presented with my occupation, tell me: “I use to go out with a stripper”. 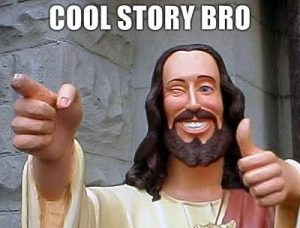 I am more than just my job yet a lot of people can’t see past that. There are also a lot of men who struggle to view women who are openly very sexual and uninhibited as anything other than somebody to sleep with but never get serious with. This is called the “whore/wife complex” and is when a man puts their “wifey” on a pedestal, want to respect her and keeping her as untainted as possible. Sex, and espeically the filthy, freaky stuff, is deemed as “dirty” and therefore, as good as that stuff is, having a woman willing to do all that is not somebody that their mind allows them to take seriously as a potential life partner and therefore will never reach that status. It basically means that men want to fuck me but they don’t want to introduce me to their Mum.

What makes life even more difficult is that I am naturally a very sexual person but I often find that I’m having to be quite guarded with the men I do talk to incase I further convince them that I am only “good for one thing”. I also find that a lot of men feel more comfortable asking me quite intrusive sexual questions, as though I’m kind of sexual novelty, and I know for a fact that they wouldn’t ask the same questions if they were trying to get to know a woman who worked in retail. I’ve made peace with the fact that I probably wouldn’t settle down with anybody and I’m not really that arsed about it all really. The only thing that really winds me up about the whole situation is that, if I’m going to end up on the shelf, it would still be a shelf that I’d have had to call a man in to put up for me as I am absolutely hopeless at DIY. Fucks sake.

Sex Work: How To

I’ve always wondered why many actors stay single for so long. Many people that don’t work in the field are quite judgmental.

Are roadmen the same as truck drivers?

Uuummm. A realy sorry about. This can a men. Dedicated about you. Sorry. I am a older man .M.D. an I Thing you are a really grart person. In all aspects.. honesty. Talent. Carisma..inteligent. super. Super beauty..and y think you have a great. Great heart..you are goddnes a diva… dont thin we all man in the world are bad…its a little. Little and small a tine part..something mabe we arr not so bad…you are the most incredible creatura of the wolrd..you are an angel…jaye gob bled you…dont worry …god love….send you kisses…your mexican. Fan..Hermann Garces R.

Dear Jaye Rose,
I am sure that you will find a man who can live with your past and your present.
I am sure that it works.
I wish you a lot of success in any case.

Aw Jaye, kind of sad to read this all and I tell you why:
It’s honestly because I think you are an awesome woman, very clever and funny and eluent and actually someone I really enjoy hearing from.

You are actually the type of woman I would absolutely love to go on dates with and possibly be your boyfriend. I know it sounds stupid but I really think we would have such a great time.

I take you seriously for the strong woman you are and would never judge you, I’ve seen how brilliantly funny and witty you are and I do believe that you have been incredibly unlucky with the twats you’ve had to deal with so far.
You just haven’t met someone who can treat you the way you deserve.
I love when woman are sexually strong, they and you are not just ‘good for one thing’ Sure I love all the videos you have done in the past but that doesn’t define you. You’re a brilliant young woman who can do anything you want and you deserve happiness and if you want to a man who appreciates that and treats you the way you deserve.